How to Setup Python Web Application With Flask Gunicorn and Nginx

In 2023, Python will remain one of the best programming languages to learn. It has applications in back-end web development, machine learning, scientific modeling, system operations, and several enterprise-specific software.

Generally, Python is considered one of the more approachable programming languages because it has dynamically typed, English-like syntax and many libraries.

The server is an integral part of the client-server model that helps make up the internet. When you visit a website, your browser acts as the client who makes a request to the server for the files it needs to operate. The server then responds to the client's request with the necessary files to display the web page.

In this tutorial, I will cover how to set up a web server using Python and Flask on your Webdock server. Let’s go ahead without any further ado!

All Webdock’s default stack (LEMP/LAMP) comes with Python pre-installed. If you’re not sure, you can try installing Python. There are multiple ways to install Python on Ubuntu. But installing Python using APT is my favorite:

Then download and install the latest version of Python:

Pip is the package manager for Python. Like Python, PIP is also pre-installed. You can always reinstall it when in doubt:

Installing and Setting up Flask

Flask is one of the many Python packages and a simple way to set up your Web Server. To install Flask, run the following as a non-sudo user:

And to set up Flask, you may need to create a new folder:

Then, open your newly made folder:

And then, create a new file:

And paste the following and save the file:

Webdock’s LEMP stack comes with NGINX pre-installed. You would need to create a configuration file for your Flask application, so it can be accessed via the browser using NGINX as the gateway. To do so, create a new configuration file using the following:

And paste the following by replacing the same with your IP address and save the file:

Instead of the IP address, you can use your domain name here but make sure you point your domain to your Webdock server's IP address.

Now execute the below command to check for syntax errors.

You should see this output. If you see some error, that means a mistake has been made while copy-pasting the code.

If all is good, restart the NGINX server:

Gunicorn acts as a gateway between your NGINX setup and your flask application. To install Gunicorn, you’d need to run the following:

Once you have installed and set up all the above modules, you just need to run a line of command to start your Application, but first, you would need to come to the home directory where you created the folder made in step 3. To do so, simply type and enter the following:

This will take you to the folder above. Now, run the following:

(Replace the python-server with your folder name)

Once you run the above command, your web server will start. 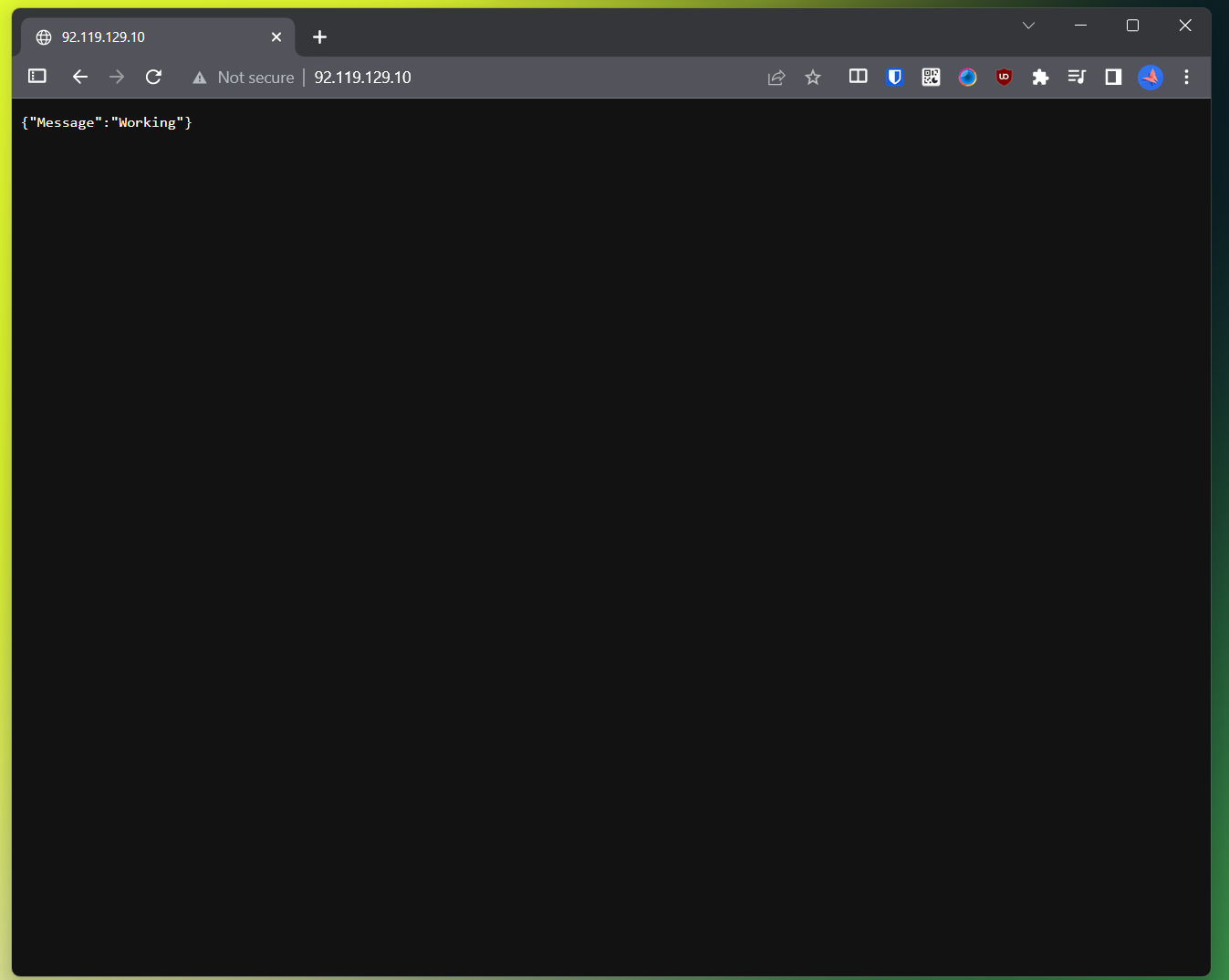 But your web server will close as soon as you close your SSH screen. To avoid this and to run your Flask application in the background, run the following:

Hit Ctrl + A then D to detach from screen.

And that’s all on how you can set up a Python Web Application on your Webdock machine!

This article outlined steps on how to host a Python Flask web application with Gunicorn and Nginx.

Aayush Nair has been designing WordPress websites for eight years now. He is also a content writer, writing blogs on technology and related topics and likes helping people in his free time.